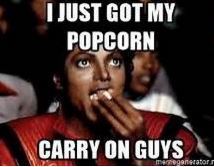 Let's get one thing straight right now. Chelsea Manning is a male.  One cannot change their sex by lopping off their private parts, shooting themselves full of hormones and cross-dressing.  One's sex at conception is the sex that is their's for all perpetuity.  But this doesn't matter in Maryland, where the rot of political correctness has run amok in the halls of governmental buildings.  There does remain the matter of him being a de facto traitor while in the army, but will that register a blip in the minds of Maryland Democrats?  That remains to be seen for I don't think Cardin will take this challenge lying down.  He'll probably have to tip-toe lightly, lest he have that dreaded label "transphobic" appended to his name.  As food fights go, this Democrat primary should be interesting, even entertaining to watch.
Restore-DC-Catholicism at 3:43 PM
Share