Obama Doormat - Buy One Quickly Before They Run Out!

As we see on the site "Obama for America", we can buy a monstrosity that looks like a mutated American flag.  Of course you'd have to pay $35 for this piece of crap but you'd better hurry, because it's a "limited edition" of 250 of them (would that the limits were smaller, but I'm digressing again!).  The Obamafile site has a good write-up on this latest stunt of the Messiah Most Miserable. 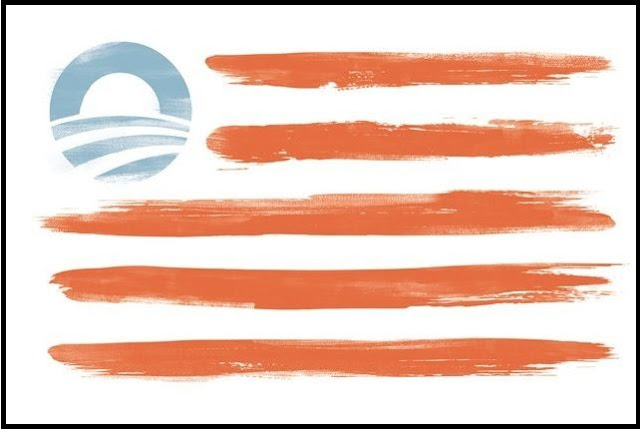 Ok.  So let's say that it isn't a flag.  It certainly isn't the American flag.  Notice the five stripes?  Might they be a subtle salute to the "five pillars of Islam"?

Anyway, what use does this thing have?  Well, it does seem to be the right size for a door mat.  Given the groveling and sniveling that Obama has given to the muslim terrorists, this might be quite an appropriate use for this thing - particularly the top left part.  Or I suppose the thing could be narrowed a bit so that it makes a perfect square - might make for interesting toilet tissue print.  Whatever.  It's not worth 35 cents, let alone 35 dollars.  What else can one expect from a narcissistic demagogue  who suggests to his minions that they donate their wedding and birthday gifts to his reelection campaign?  Tact, tastefulness or humility?  Oh, come now!  Not from him!!
Posted by Restore-DC-Catholicism at 11:07 PM