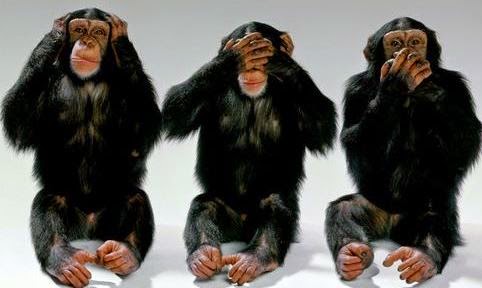 There's a blog piece by Tom Peters being bandied about, apparently with the aim of stifling honest examination of some papal gaffes such as the most recent ones regarding Catholics being "like rabbits" and publicly scolding the poor expectant mother.  It is called "Feeling Devastated By What Pope Francis Says?  Try These 3 Helpful Keys".  This is not his first post written with the aim of keeping rose-colored glasses over people's eyes as they acknowledge the ever-burgeoning mess that is growing in front of them.  A little over a year ago, I commented on earlier "rose-colored-glasses" pieces that he wrote.  Rather than reinvent that wheel, I link to it here.

Let's look at this latest, shall we?  We'll start with what Peters calls "the three keys".

He closed his piece with what he called a "powerful work of the Holy Spirit..the largest Mass in history".  Yes, he is referring to this debacle, where no doubt the Body of Our Lord was literally trampled underfoot as Sacred Hosts were being passed around like so many chips and crackers.

Now I realize that some might be "devastated" by this post.  Well, deal with the hard truth as you grab your Rosaries and pray for Holy Mother Church.
Posted by Restore-DC-Catholicism at 9:09 PM