Barbarism At New Lows In England 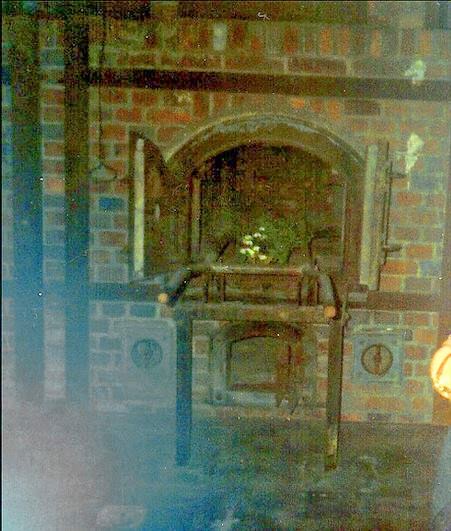 The picture at the left is that of an oven/crematorium in the Nazi death camp at Dachau.  Hundreds of thousands of prisoners were executed, and then their remains were incinerated in these ovens.  After the fall of the Nazis at the end of World War II, civilized people thought they'd seen an end to that oh-so-efficient barbarism of the Nazis.  Not so.

England was one of the countries that helped liberate many from the Nazis who had taken over Germany.  The United States was too.  Did our fathers and grandfathers have any inkling that less than 100 years later, such callousness and brutality would be found in their beloved homelands?

Today much of England is aghast at the revelation that ten of their National Health Service hospitals have been burning the bodies of babies who were miscarried and murdered via abortion .  In most cases, they were considered "clinical waste".  In a move that would have done any Nazi proud, some have burned the babies in "waste-to-energy" plants to warm the hospitals.

To their credit, the UK Department of Health has ordered an immediate ban on the burning of babies.  However, over 15 thousand babies were so treated; their parents were given little say in the matter and often treated callously.

Such is the coarsening effects of abortion.  The lives of tiny babies are treated as nothing, so why should any special regard be afforded their tiny corpses?  We've certainly seen that here.  Every pro-life activist has been aware that the late George Tiller, notorious late-term abortionist, had his own incinerators in which he burned the bodies of his tiny murder victims.  I've no doubt that Leroy Carhart would have set up some incinerators in Germantown were it not for the environmentalists (In the case of the latter, the broken clock is right at least twice a day).  On the other hand, the Nazi-esque gnomes in Annapolis just might try to "make some arrangements" for him in that regard.

That the National Health Service is in an uproar gives me hope that England's national conscience isn't completely deadened by abortion.  There might still be the slightest chance that western civilization can be salvaged - but only if people, en masse, repent before God and turn their lives and their countries around.
Posted by Restore-DC-Catholicism at 8:29 PM