We Must Be Doing Something Right!

At least that can be said about the upcoming conservative candidates who are besting long-entrenched pro-abortion incumbents.  Christine O'Donnell of New Jersey comes to mind.  Planned Parenthood is all atwitter about her and her counterparts across the country, as you can see from this "action alert" (posted on Jill Stanek's blog). 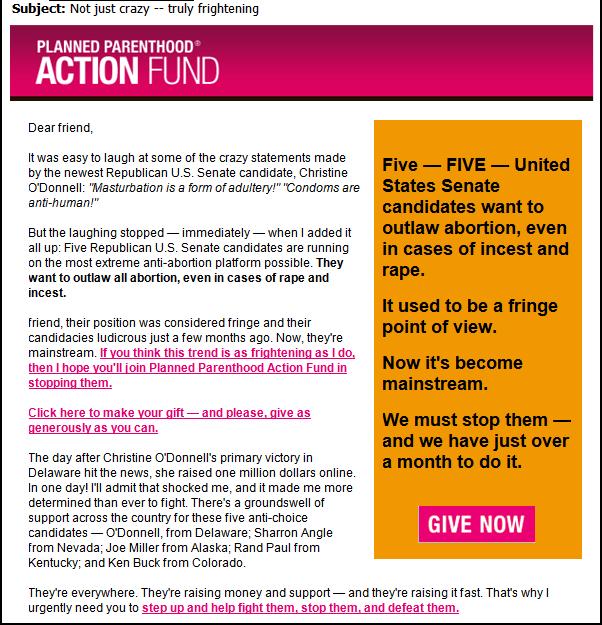 Got that?  They are so shocked that they're...asking for money !  Who'da thunk it?  They're even frightened!  Eeek!  Eeek!
But it ain't over until it's over!  And no, I don't mean that a successful November election will mean that we're done.  After that election, we need to plod ahead and not stop "for a breather".  Turning this Culture of Death into a Culture of Life will require a lifetime of prayer and work from each and every one of us while we're still in the realm of the Church Militant.﻿
Posted by Restore-DC-Catholicism at 9:36 PM