For now the United Kingdom Independence Party has suspended one of their members when he called for compulsory killing of all disabled babies.  Geoffrey Clark also wrote that women carrying children with suspected Down syndrome, spina bifida and other problems should be forced to have abortions to reduce health care costs.  Ladies and gentlemen, not too long ago Sarah Palin and others were mocked for issuing their warning about "death panels".  Well, now we will be facing our own "Geoffrey Clarks" and they may well already be in the White House. 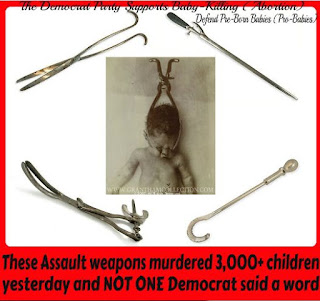 Until England's remaining decent voices sounded in indignation, Clark was on his way to Parliament.  This is a man who has the mindset of Adolf Hitler and Chairman Mao all rolled into one - and he's not alone.  Many of the minds who crafted Obamacare share his demented mindset.

Isn't it interesting how, in the wake of the Sandy Hook shootings, that the progressives are rattling their sabers for "gun control"?  The Founding Fathers of this nation were wise to that type of tyrant.  They realized that the citizenry must not only be able to defend themselves from "rank and file" thugs, but also a government run amok.  We're headed in that direction if a Geoffrey Clark ever makes himself manifest in the USA.  Yes, he was stopped in England before he made it to Parliament.  Still, isn't it disturbing that he got as far along in his political career as he did?

This is the "brave new world" that is staring us in the face.  Will we, as Catholics, have the fortitude to stare it down?
Posted by Restore-DC-Catholicism at 10:16 PM