Action Needed In Maryland And DC

The first item is the stopping, or at least protesting, a planned "drag queen story hour" at an Anne Arundel County library in a few weeks.  Details are in the email blast that I received and copied below.l

The Crofton Library will be hosting Drag Queen Story Times on Saturday, October 26 at 1pm and at 3pm. 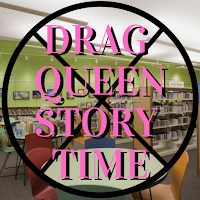 Please CALL the Crofton Library at 410-222-7915 to ask them to drop the program and to explain why you object to it. (Call during operating hours, which are Monday through Thursday: 9 am to 9 pm; Friday and Saturday: 9 am to 5 pm; Sundays from 1 to 5pm. Let's inundate the library with calls to drop the program!)

You can use the following simple talking points when you call:

After you have called the Crofton Library, please contact the Anne Arundel County Public Library in writing to note your objections to Drag Queen Story Times and to ask them to stop offering these harmful programs. (You can copy and paste the talking points listed above, when your write, if you like).

Ways to write to the library:

Lastly, since this issue is so important to the safety and well-being of our children, we need to have a prayerful, peaceful, law-abiding presence near and/or at the Crofton Library on the afternoon of October 26.   All are welcome and encouraged to attend, and persons from the Crofton/Bowie area are especially needed. The Crofton Library is located at 1681 Riedel Road, Crofton, MD 21114.

The second item regards a fundraiser being conducted by Support Our Aging Religious (SOAR).  At that fundraiser, Carolyn Woo is being honored.  For long-time blog readers, her name should be all-too-familiar.  She was the president of Catholic Relief Services during some of its most spectacular and anti-Catholic scandals.  These include the distribution of abortifacients and the harboring of a Vice President who was a sodomite in a "gay marriage".  See here for details, as time prevents a rehash of the same.

A word regarding SOAR.  Before they occupied their current location, they were located at 1400 Spring Street, either directly above or below the Planned Parenthood abortuary where we were present for several years until the PP closed that location.  When we learned of SOAR's presence, we thought we had an ally in the struggle.  Such was not to be.  They refused to utter a peep regarding the child-murder center so close to them.  Of the thousands of babies killed there, we can surmise that at least a few of them might have had religious vocations and might have helped care for the elderly priests and religious.  By their refusal to speak up for life, SOAR helped put the elderly religious in their current predicaments.

On the SOAR site are numbers and email addresses at which you can lodge your protests.  Please do so.
Posted by Restore-DC-Catholicism at 10:07 PM