Some States Are Abortion-Free

With the overturn of Roe and Casey, trigger laws in several states will be in effect, banning abortions in those states.  In other states, (such as my own state of Maryland), baby-killing can continue unabated for now.  There are other states in between those two poles.  Aletia has an article giving a synopsis of each state's situation.  A map below puts things in visual format.  Situations can change as various states enact legislation.

Now that the arena has moved back to the states, we must focus legal attention there.  That can be accomplished primarily by whom we elect to fill state and local law-making bodies.

Of this we can be certain.  The pro-aborts consider themselves now highly motivated to place their own in all levels of local government.  They have demonstrated repeatedly in the past that they will have the drive and discipline to work towards their warped goals.  The drive and discipline that we have must at least match theirs. 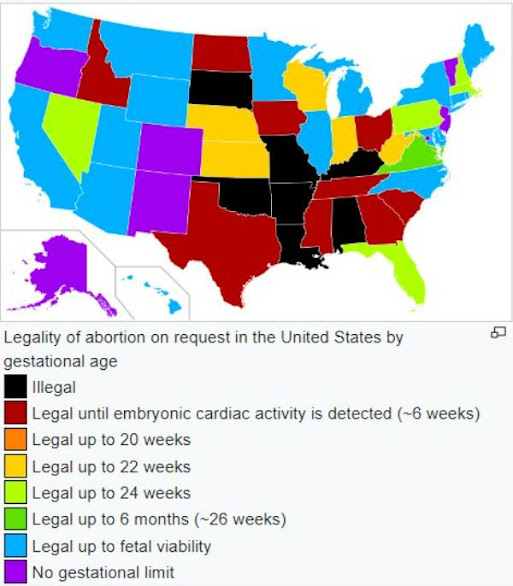 Posted by Restore-DC-Catholicism at 9:36 PM