Progressives Believe That Billionaires And Babies Should Not Exist

As most of you know, I live in the liberal loony bin known as Montgomery County, MD.  It is quite common around here to see cars with bumper strips that tout allegiance to some progressive demigogue-wannabe, such as Bernie Sanders.  That is what you see to the left.  But notice that there are two strips.  I couldn't read the lower left of the one on the right side of the car, but I believe that originated from the Sanders campaign as well as the other.  You can click on it and it should open in a new window.  Then you can expand the picture.  It says "Billionaires should not exist".  Can't you just feel the loovvvee?  The "tolerance"??  Can Sanders be a tad envious of billionaires?  After all, he himself is only worth a paltry two million dollars.  I don't know about you, but I think I could struggle by on a mere $2M, but I digress.  I was going to ask why didn't he say "millionaires should not exist" but I suppose I answered my own question.

What do they propose to do with any hapless billionaire that should cross their paths?  Rob him/her of his/her wealth on the spot?  Or perhaps they have some sort of Hitler-esque "final solution" in mind for these souls who dare to be wealthier than Sanders himself? 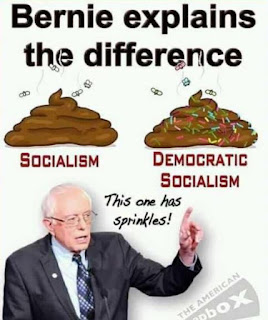 One class of individuals whom Sanders and indeed the whole gamut of Democratic presidential candidates would consign to the final solution is unborn children.  Maryland, being cursed with progressives in Annapolis and weak or even complicit bishops in chanceries, is a mecca for child killers.  Not only is Leroy Carhart permitted to continue his slaughter business in Bethesda, but apparently unlicensed abortionists are allowed to slaughter babies while civil officials look the other way.

We had long been aware that Delhi Thweatt was a threat to women as well as their children.  Operation Rescue has recently learned that his licence expired over three months ago, yet he still does his butchery at the mill in Hagerstown MD.  On the OR sight is a video of a city council meeting where Christians try to point out this mess and ask for correction.  Somehow I had hoped that Washington County had more sense of decency and responsibility than Montgomery County, but alas, I appear to be mistaken.

We have our work cut out for us.  We must continue to pray the Rosary, as Our Lady requested.  We must also work to take back our culture from the dung heap.
Posted by Restore-DC-Catholicism at 9:04 PM