Guess Who Baltimore CCHD Is Funding?

Just what stellar organization won grants in 2008 from Baltimore's Catholic Campaign for Human Development? Hint - you'll go NUTS over them!
Yes. Catholics of Baltimore, watch the following (two parts ) to see your contribution dollars - at work!


Now let's take a look at the Baltimore CCHD's 2008 Grants. Some careful examination is in order because this thing might be a bit tricky. For instance, look at the "National Economic Development Grants" section. What's the second item? Why, it shows that $35,000 was granted in 2008 to that same organization you just watched in the above video. Did you note the identical addresses? Just below that you read a disclaimer stating that "no national CCHD funds will go to ACORN.."

Well, that's nice! But what about local CCHD funds??

Go further down in that report - to "Local Grants". Does the recipient listed in item 4 look familiar? It would seem that between national and local CCHD, the would-be facilitators of underage prostitution received $45,000 of Catholic grants, funded (at least in part) by your donations during that second collection in November.

Speaking of November, yet another CCHD pew shakedown is looming upon us. Once again, we are urging a total boycott of this collection. Instead, please give directly to a truly Catholic pro-life organization, such as Human Life International, American Life League, Priests for Life or a truly faithful religious order such as Marians of the Immaculate Conception or the Missionaries of Charity.

The effectiveness of the boycott is magnified greatly if you communicate to the "boycottee" why they are being boycotted. Please go to this blog's sister site and scroll down halfway to the "Boycott the CCHD" posting. Therein you'll find some flyers that you may wish to put in that second collection envelope in lieu of money. Also, please see this page from the Catholic Media Coalition to see more ways that the CCHD monies are used to undermine Catholic faith and morals in public life. 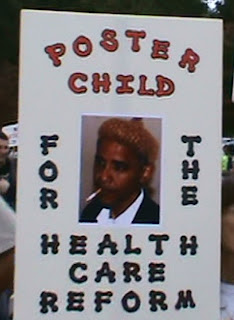 Now it's time for another guessing game. What was one major catastrophic result of the CCHD/ACORN collusion? Give up? Well, here's a hint!

Yes, indeed. The Messiah Most Miserable got his start in Chicago as a "community organizer" for Alinskyite organizations such as ACORN. Currently ACORN is under investigation in several localities for alleged voter fraud - fraud that most likely put into the White House a most dangerous occupant - for the unborn children, the vulnerable sick and elderly and Christian civilization at large.
Posted by Restore-DC-Catholicism at 9:54 PM