Yes, the below picture is for real.  In the 1950s, most religious sisters were grounded in the Faith and by extension, in reality.  These sisters actually taught the responsible use of firearms.  They understood that firearms can be useful tools for self defense.

Below that is an episode from a 1950s western called the Rifleman - quite popular in the day.  We see the boy being quite afraid of the rifle after its careless use caused another to die.  He goes through quite the bout of blaming the gun for the other boy's death.  We can immediately see parallels between him and many leftists who blame guns for murders but who are all too willing to set murderers free from prison.  It's not until the boy sees the father using his gun against a murderer (thus saving his life) that he understands the benefits of responsible firearms usage. 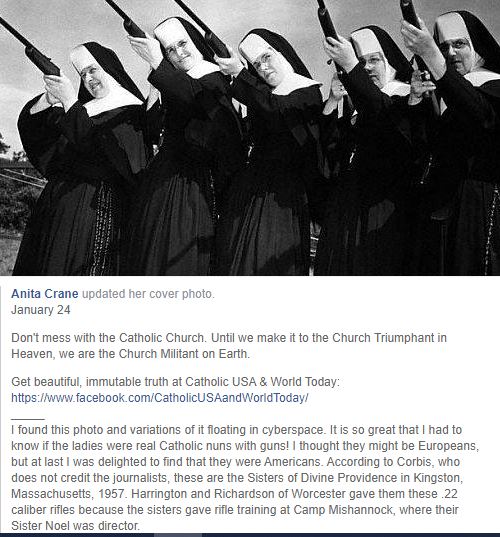 Posted by Restore-DC-Catholicism at 8:54 PM