Benjamin Franklin is quoted as saying, "those who surrender essential liberties to attain a little temporary safety deserve neither and will lose both".  How his words are ringing true as many American citizens are literally clamoring for martial law, believing that will keep them safe from the covid-19 virus.  Those who do so disgrace the generations of Americans who literally died to secure the freedoms that we so dismissively squander today.  Yes, we need to take reasonable measures - wash hands, stay home if we are sick or vulnerable, but to shut down our churches and our country?  For shame!

Quite a few of us see the dangers of undermining our constitution and are raising alarms.  For our efforts we are decried as "selfish" and even "murderers" by the hysterical snowflakes who are begging Big Brother Government to step in.  Unfortunately it is.  To wit: 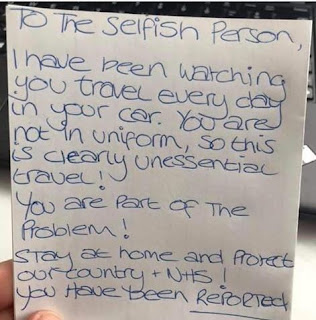 It gets worse.  Now local officials are encouraging and even paying citizens to spy on each other.  The Chi-Coms have nothing on us now. 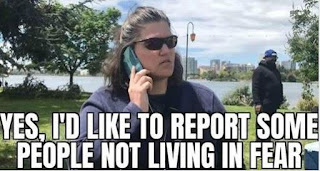 I won't even address the progressive dupes who are just salivating over the obvious socialistic thrust of all this, but rather, faithful Catholics.  By your short-sighted excusing and even support of encroachment on your First Amendment rights, you have paved the way for the list that I just provided.  Be assured that this list will grow.  Please wake up!