Keep Up The Pressure For Alfie Evans

Last evening I posted this on the facebook page of the Non Pro-Life Mutation.  While I don't see that comment on their page, I suppose that (and presumably others) was sufficient to elicit this cop-out statement from them.  I think it's just precious of them to complain about "purity tests" when in the past they have claimed that if we don't embrace their "consistent life ethic" (that's the new buzz term for "seamless garment", by the way), we aren't sufficiently pro-life (I'll post proof of that after the junp break).  Look at the comments below and you'll see that I and others are now deemed "stepford wives" by Bratten-Weiss herself.  Whatever!

The whole thing is shot through and through with so many logical flaws.  Here's one: "we must be wary about sustaining such a terror of death as to turn towards unnatural and painful ends to prevent it." (emphasis mine).  First, I think instead of "ends" she probably intended "means" to be used.  At any rate, the administration of food and water are never "unnatural".  What was "unnatural and painful" was most likely the deprivation of the food and water for almost two days after he successfully breathed on his own.

I could go on and on about that namby-pamby cop-out but I don't want to get too embroiled in those details.  NPLM published this crap on their page, essentially siding with Alder Hey against the beleaguered parents with ever-so-sanctimonious language. These are lefties who are enthralled with nationalized (that is, socialized) medicine, and this case reveals what a tyrannical behemoth the state will become when (not if) it determines who is treated and who isn't. These progressives will not deal with that truth, and they will do anything to perpetuate their fairy tale, even if they have to cooperate with the mortal sin of murder via their silence and promulgation of screed like this article.

Guess who else is complicit vis-a-vis their silence?  The USCCB!  Surprise!  You may rest assured that if some callous thug were facing the death penalty that they'd be calling for protests, candle vigils, you name it!  But recall that the USCCB has also shilled shamelessly for socialized medicine.  They will say or do nothing that would put one of their pet causes in a truthful light.  Go to their site.  You'll see zero-zip-nada about poor Alfie.

I will now post some actions that we can take.  Thanks to the internet, there are still things that we can do even though we are "across the pond" from England.  See below the jump break.
I will first post some videos that were published earlier today.  In the first one we see Tony Evans (father) stating that he will continue to fight for his son and asking that support will continue.


However, something happened here.  Clearly Tony is reading a statement prepared by Alder Hey and he is obviously doing so under duress - perhaps blackmail.  Because of the stark difference in his stance from the earlier interview, we can pretty much surmise that the hospital staff took him to the woodshed.


We cannot stand down, for this goes beyond this one family. In effect, this is an attempt by the hospital to shut us up by holding the family hostage.  The Evans situation is not the first.  In England Charlie Gard was legally murdered by the state monster.  In the US we saw the murders of Terri Schiavo, Hugh Finn and others.  There will be future victims, thanks to socialized medicine and the general devaluing of human life and ultimately rebellion against God.  At the bottom of this LifeSiteNews piece is contact information for various British officials.  Utilize them and spread the word.

Oh, by the way.  I did say that I'd provide proof of the "purity tests" of Non Pro-Life Mutation.  From their facebook page, behold the top and bottom of the same post. 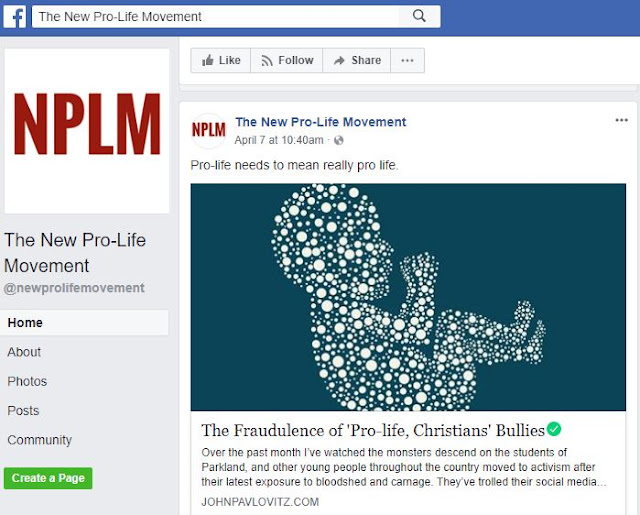 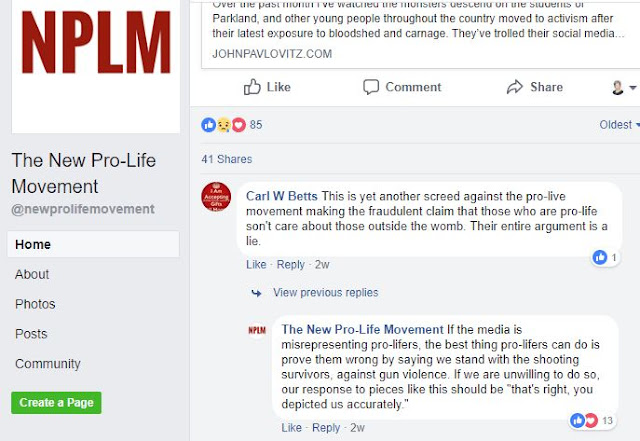 Posted by Restore-DC-Catholicism at 9:34 PM