Maradiaga's Tweets And Concerts Tell All

As you read through the tweets below, recall that Cardinal Maradiaga is the leader of the Pope's handpicked advisors.  He will be attending the next "shadow synod" and will have a decisive impact on the October sin-nod.  From his twitter page we get a rather stark picture of the direction in which he intends to take the sin-nod.  I will probably unpack these tweets in a future post, but for the most part the heresies pronounced in these tweets cannot be missed.

By the way, these tweets are being exposed by other faithful Catholic bloggers too.  Once the Vatican gets wind of that, I might suspect that these tweets might get pulled down.  That's why I've saved these screen shots of them. 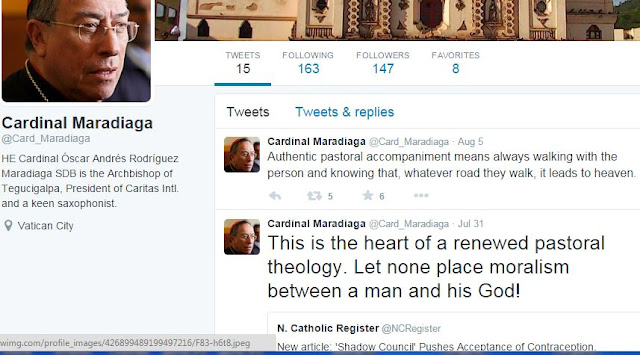 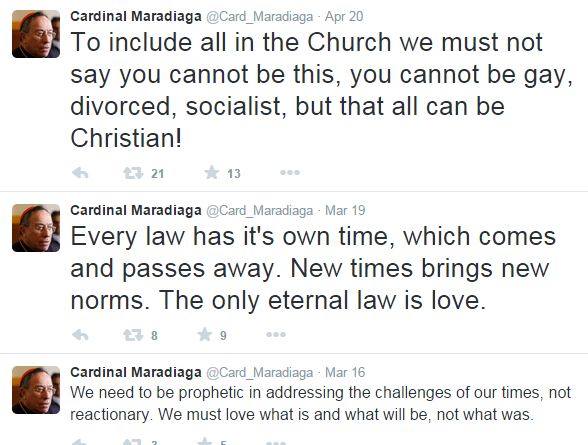 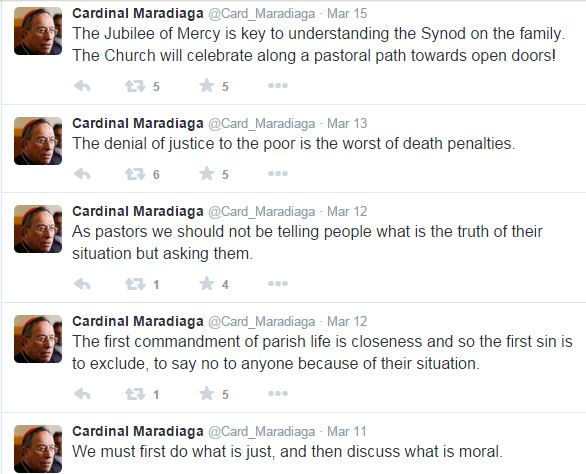 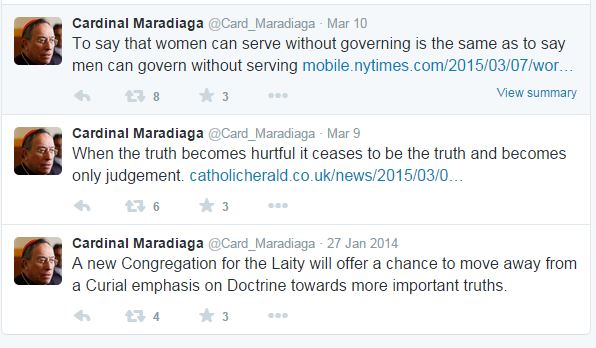 And now the concert!  Who else do we know who plays the saxophone?  Hint: his wife thinks she's the anointed heir to the Messiah Most Miserable.  Maradiaga is supposedly "jamming for justice".  True justice is being ill-served - in more ways than one.  Here's your earache for the evening.

Posted by Restore-DC-Catholicism at 11:20 PM