If Obama Is Really Serious About Ending Violence

Then he'll start by ending abortion.  He will cease being the money-grubbing hireling of Planned Parenthood and defund that murderous cabal at once - and he'll jettison his insidious Obamacare immediately.  Barring a miracle, that won't happen - because he hasn't seen an abortion that he would have banned.

Yesterday he issued 23 gaffes composed of smoke and mirrors.  Not one of these measures would have prevented the Sandy Hook shootings, but it sure did provide the Messiah Most Miserable with a nice photo-op.  We will not be blindsided by that, but we recall Mother Teresa's words to us almost nineteen years ago when she said "the greatest destroyer of peace today is abortion".  Listen to her here.

So now all the progressive wonks are clamoring for an "assault weapons ban".  Well, let them start by banning the one below - one that kills thousands of babies every day.  Yes, I know it's horrible to behold - but place yourself in the position of the poor little babes who are murdered by it. 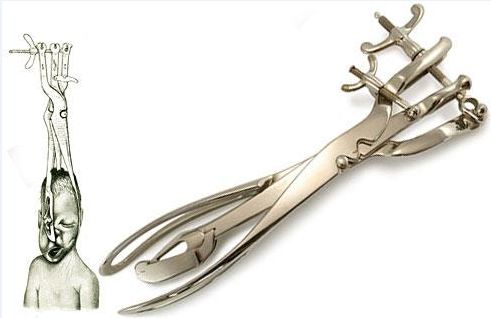 Posted by Restore-DC-Catholicism at 12:10 AM