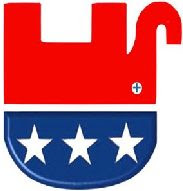 They need to start at the top - the very top.  A month or two ago, I blogged about the strip club jaunts being financed by the RNC.  Now it seems that Michael Steele thinks that being homosexual is on the same par as being black.  Now we read from Americans for Truth About Homosexuality that Steele will not meet with representatives from Parents and Friends of Ex-Gays and Gays.  Why not?  Of what is he afraid?

The upper eschelons of the Republican Party had damned well better realize that conservatives, particularly Christian pro-life and pro-family conservatives, can no longer be taken for granted.  Have they not been paying attention to the Tea Party movement?
Posted by Restore-DC-Catholicism at 10:47 PM