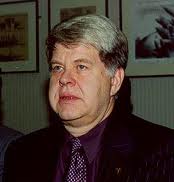 According to this Lifenews article, LeRoy Carhart, late-term baby-killer (that's what he is!) intends to open three new killing centers, including one in Maryland.  At this time, December is the target date.

He was going to open a new center in Nebraska, but a newly-enacted Nebraska law bans abortion after 20 weeks because of the pain that babies feel.

Two things to keep in mind:

Posted by Restore-DC-Catholicism at 9:24 PM